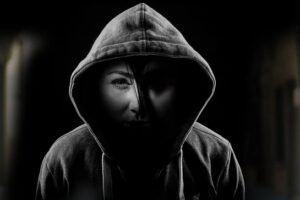 Over the past three years, I realized that the symptoms I had experienced from the years of emotional abuse I suffered from my ex-husband were the telltale signs of post-traumatic stress disorder (PTSD). At the time, I didn’t even know that I was suffering from it, as it was never diagnosed until the end of my marriage. I had always thought that PTSD stemmed from severe trauma, such as war, a natural disaster, or facing repeated physical violence. Yet, it’s not just physical trauma that can cause this disorder but can develop from emotional abuse and psychological trauma as well.

Some symptoms that I experienced were high levels of anxiety and stress, fear and nervousness, trouble sleeping, negative thoughts, negative self-perception, and inaccurate views of my ex-husband. The feelings were so severe that they interfered with the way I functioned on a daily basis. I started getting sick all of the time and my stomach was always in knots, feeling numb, depressed, disconnected, and unable to trust other people. The threats and overwhelming sense of isolation left me feeling frightened and helpless.

Examples of Emotional Abuse That Can Cause PTSD

Emotional abuse can include words or actions from one person to another that are aimed to control, frighten, insult, or isolate.

I realize now that staying in that relationship was only teaching my ex-husband that I was willing to put up with being victimized. The occurrence of emotional abuse only increased over time, until I went to therapy and was able to comprehend what was happening to me. Only then, did I understand that I had been a victim and was tolerating that behavior.

Victims of this kind of emotional abuse tend to lose their sense of self and self-value. They lose their identity and the ability to trust their own intuition and feelings. I was that person. I didn’t trust my own thoughts and found that I was always second-guessing myself. I was convinced that my ex-husband’s evil behaviors were somehow my fault. I held on to hope that he would change, but what I didn’t know then is he would never change, no matter what I did to try to reinforce the relationship.

Recovering from emotional abuse and PTSD takes time, and I had to give myself that. It was a process, and the first step was learning to love myself again after I left my ex. I went through a mourning period. It felt like I had experienced a death, and in many ways, I had, as it was the death of our marriage. Waking up and not seeing the other person next to you was difficult at first, but I also had felt like a huge weight had been lifted off of me, and for the first time in years, I felt a sense of peace.

Healing steps that helped me: 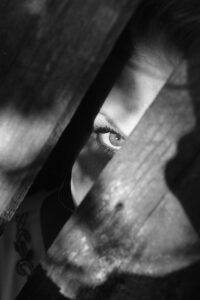 Most of the abuse I suffered was emotional but the feelings associated with that type of abuse left me feeling battered and scarred as if I had been physically abused. How do you know if you’ve suffered or are suffering from emotional abuse and PTSD?

Breaking it down, emotional abuse is ANY abusive behavior that isn’t physical, which may include manipulation, humiliation, intimidation, and verbal aggression, which most often leads to a pattern of behavior over time that aims to diminish another person’s sense of self-worth and identity. This often results in depression, anxiety, suicidal thoughts or behaviors, and PTSD.

I was never suicidal but over time, I became addicted to alcohol and basically anything I could get my hands on late at night, just to numb myself from the pain. There were times I didn’t want to wake up in the morning, knowing I would have to deal with his psychological bullying all over again.

Emotional abuse thrives in a dark place, as you are left feeling like no one understands or will understand what has happened to you. The devastation it can cause in your life can cause extreme illness or even death. If you are going through this pain, it is my hope that you seek help and not struggle with any of these symptoms on your own. You are not alone, as I know that is how I had felt, as if I was on a little island all by myself, trying to move through the pain, and no one would understand.

A great place to start is asking yourself the question, “How does this person’s behavior or action make me feel, or did it ever escalate by getting emotionally abusive?”

My memoir focuses on my personal struggle and emotional journey that “No One Knew.” It is my sincere hope that I can be a voice for others that cannot stand up and speak for themselves.

I Married A Sociopath

What Does Gaslighting Someone Mean? 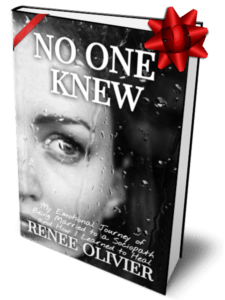 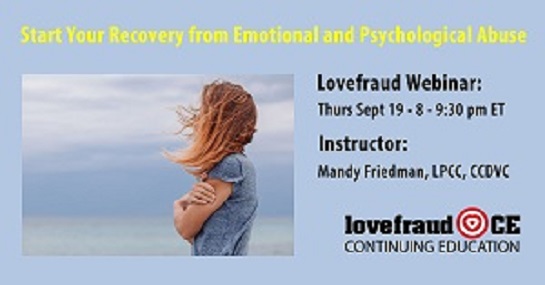